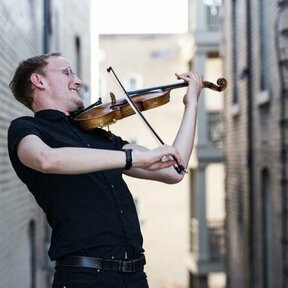 Michael is a violinist, born in Salt Lake City Utah, who currently resides in Chicago
Illinois. He began playing violin through the public school system when he was 10 years old,
and hasn’t stopped playing since. His music career took him to the University of Utah, where he
studied with Leonard Brauss, John Englund, and Dr. Kasia Sokol-Borup. He has worked with
many ensembles over the years, including the Utah Philharmonia, the University of Utah New
Music Ensemble, and the Salt Lake Symphony Orchestra. As a student at the University of
Utah, he was awarded a seat in the O.C. Tanner Honors String Quartet. He is also very
passionate about music outside of the classical realm. In 2015 he helped found a post rock
ensemble, Hoofless, which played in a wide range of venues from concert halls, art galleries,
and rock venues throughout the city. In addition, he has worked in collaboration with visual
artists, dancers, rap artists, and poets. A passionate teacher, he has held positions at The
Madeleine Choir School, American Preparatory Academy, and Salty Cricket Composer’s
Collective’s El Sistema Programs. He holds a BMA from the University of Utah and is currently
working on a Master’s Degree at the Chicago College of Performing Arts with Miss. Almita
Vamos. When he’s not playing, he likes to visit art galleries and spend long afternoons with his
two beloved kitties, Jasper and Arthur 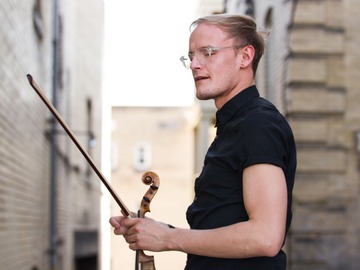