This course is about the old time medicine shows, snake oil salesmen and the rise of the American century. Other themes are the history of plant based medicine and the use of addiction by empires to control populations.

WHO THE COURSE IS FOR

This course is for students of history who are interested in the 1890s in particular. It is also a good fit for those interested in a distillations of histories underlying patterns and the unseen forces that guide our collective choices.

Though they are a largely forgotten phenomenon, medicine shows date back to the middle-ages and beyond. Immensely popular in the US at the turn of the century, medicine shows were by that time only a facet of the patent medicine boom. This financial juggernaut engineered the distribution of opium tonics to drug stores and medicine shows alike.

The popularity of such hazardous products helps explain our culture of addiction and the recurring opioid crisis in particular. Several topics that have been left out of history books will be explored. Cannabis, for example, was the 4th most proscribed medicine in the US in the 1890s and was considered one of the top medicinal plants in Ancient China, Greece, Rome, England and several other countries.

THE ROOTS OF MEDICINE SHOWS

During the dark ages medicine was outlawed by the church. Herbal healers, sometimes branded witches and alchemists were rounded up and burned at the stake.

Mystics and sages traveling with entertainers teaching mysticism and the healing arts was an ancient tradition. The church branded these roaming herbalists as Montebanks or charlatans. It almost seems as if their practice was to tolerate fakers while exterminating authentic healers or forcing them underground to discredit the practice.

By the time medicine shows reached American shores they were run by professional con artists whose remedies were sold as secret “ethnic” recipes though they were no more than opium tonics.

In the 1890s Cocaine and opium products were distributed to women, children and the working poor causing a spike in infant mortality and a wave of household intoxication even among ardent prohibitionists.

Cocaine was given to children for teething and could be found in the popular soft-drink Coca Cola. There was even a cocaine laced wine called Vin Mariani favored by Pope Pius X, Thomas Edison, And Ulysses S. Grant. But the practice is much older.

Traces of cocaine, opium and cannabis have all been found in archeological sites in Egypt, China, Greece and Turkey. The discovery of cocaine residue, a plant that originates in the Americas, has forced scholars to re-evaluate some of our assumptions about the ancient world.

Alexander the Great gave his troops opium and the British used it to destroy China from within. Frederick Engles even wrote an essay about British industrialists using opium laced patent medicines to subdue factory workers the same way they subdued China. Psychedelics, however, stand in contrast to opioids.

Terrance McKenna and John Allegro research the role psychedelics played in the development of human consciousness and spirituality.

While addictive plants move empires toward self-destruction, psychedelics appear to open us to creativity and rapid evolution.

ALTERNATIVE SCHOOLS AND THE HEALING POWER OF THE MIND

Amidst industrialism's economic upheaval and factory conditions, Americans became less healthy than they were during their agrarian past. Establishment Medicine, dominated by Austrian schools, had become discredited for sending many to an early grave through mercury treatments and bloodletting.

Alternative schools of healing sprang up to fill the void including: Homeopathy, Thomsonianism, water cures and vegetarianism, Seventh Day Adventism which built the infamous Sanitarium run by Harvey Kellog, instigator of the cereal wars.

Spiritual revivals also multiplied including the New Thought movement, derived in-part from Native wisdom. Phinias Quimby, the founder of New Thought, was a traveling mesmerist (early hypnotist) who taught that the key to healing is in the mind.

It was a well guarded secret that Quimby treated Mary Baker Eddy, the founder of Christian Science who appropriated his teachings to build her church. New Thought also underpins the modern self-help industry with its focus on the Law of Attraction and visualizations. 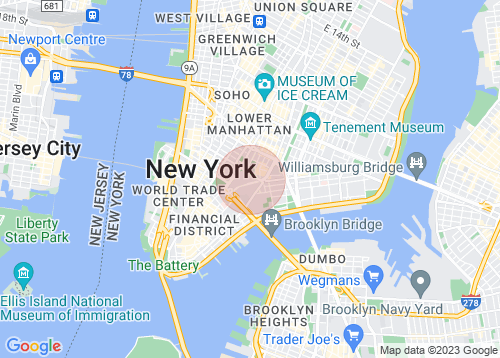