My first film Sour Instinct won the award for Best Experimental Film at the Philadelphia International Film Festival. (https://www.youtube.com/watch?v=70pDBXKegbU) The film was shot over five weekends on a combination of video and 16mm film and was edited on a homemade optical printer. This allowed me to slow footage down, create dissolves, run footage backwards and create fades - things that are easy enough in the digital age but in those days would have cost a fortune in lab fees.

My first feature credit is for directing and editing Limón: A Life Beyond Words, (www.limon.tv) which won three awards and aired on public television nationwide in the US, Canada and Mexico. The film has screened at the Metropolitan Museum of Art, Lincoln Center, The Kennedy Center, The National Portrait Gallery, The Pompidou Center and the Palacio de Bellas Artes.

I have also made a micro budget feature film entitled Now which is in its finishing stages (https://www.youtube.com/watch?v=DbrQ-VS2DQg&feature=emb_title) and have shot, directed and edited short form industrials, documentaries, music videos, etc.

“Roth’s social conscience gives [the film] a strong sense of context and he’s adept at linking Limón’s works to the era of their creation or the man’s own story.”

“This film is important to the entire dance world and to those everywhere who value artists.”

“...this poetic film enriches our experience and understanding of this great artist.”

“The very inspiring ‘Limón: A Life Beyond Words’, a wonderfully insightful documentary directed by Malachi Roth.... the greatness and importance of the Mexican/American choreographer shone brightly through the well-paced documentary.”

“Old film footage conjures up incomparable dancers of the past and their choreographies to give us a very special frission of delight.”

“The film succeeds in capturing not only his movements but also his innermost conflicts.”

The Art of Filmmaking and Cultivating Awareness (Group Course)
25 $ / Session 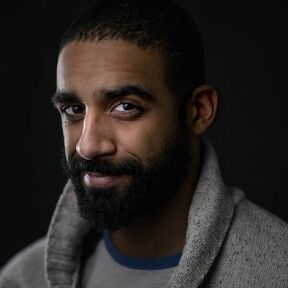