Dr. Sonara was born and raised in Hattiesburg, Mississippi. After High School, she went onto college and graduated with a B.S. Degree in Human Ecology and a M.S. Degree in Psychology from Cameron University in Lawton, OK. She has certifications in Postponing Sexual Involvement, Microsoft Digital Literacy, True Colors, P.S. MAPP and Toastmasters International. Dr. Sonara also has an Adult teaching credential. Sonara is a former School Administrator with John Muir Charter School. Dr. Sonara completed her PhD in Expressive Arts Therapy (Psychology) at International University for Professional Studies. Dr. Sonara is also the owner of SCB Consulting, which specializes in using Music as Medicine. Her focus is to empower individuals through personally and professionally through the arts for creative expressions.

A partial list of the organizations Dr. Sonara has worked with include: Health & Human Services Agency, the U.S. Department of Education, Department of Labor, Long Beach Job Corps, Hawaii Pacific University, LA Care Health Plan, Lawton Public School, the Mayor Commission on the Status of Women, San Diego Youth Involvement, Fremont College and Langston University. She is also a Senior Vocational Rehabilitation Counselor for the Department of Rehabilitation. Dr. Sonara is a Humanitarian known for her acts of kindness and grassroots efforts. She has a big heart for children and believes in putting action behind her words.

In 2001 she founded a Men's Reading program at William McGill School of Success in San Diego. The Reading program is still in existence today and is a success. From 2004 to 2009, Dr. Sonara conducted annual workshops for the California Legislature at the Statewide Community Renewal Summit, a blue print for rebuilding communities. Dr. Sonara understands the importance of being active in the community. She is a on the Board of Directors for San Diego Coalition for the Homeless since 1998. In addition to her board duties, Dr. Sonara plays Mrs. Santa at the annual Holiday Magic for Kids. This celebration gives away toys to 5,000-7,000 needy children throughout San Diego County. She is also a former board member for Adoption Information Center. Dr. Sonara is a Diamond Life member with Delta Sigma Theta Sorority Incorporated. Working with the 1995 Oklahoma City Bombing survivors had an impact on Dr. Sonara’s life.

The need to help individuals express their feelings after a traumatic event is what encouraged Dr. Sonara to pursue a PhD in Expressive Arts Therapy. She created a National Healing Music Project which was sent to the Obama Administration. She served on the Oklahoma Mayor’s Commission for the Status of Women. Dr. Sonara has received countless awards for her contributions to the community including “Sonara Day in San Diego” in August 2005 proclaimed by the San Diego City Council, Outstanding Citizen by Assembly member Shirley Horton and Citizen of the month by Congressman Bob Filner. She was named Member of the Month in 2013 by Toastmaster’s International, just to name a few. Dr. Sonara is working on a book titled, “the Healing Power of Music”. She resides in Los Angeles and has two college children, Drunell II and Drunara. Dr. Sonara lives by the philosophy that, “the more we invest now into the lives of others, the less we’ll be required to pay later”. 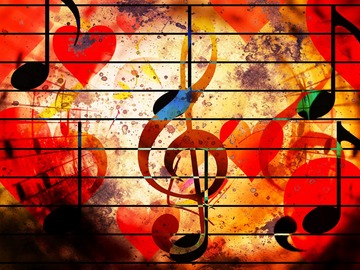